This recipe is one of my favorite ways to cook pork chops in a skillet. Pork chops can be difficult to get right sometimes, especially nowadays with the pork being so much leaner than it used to be. My mother had two ways of cooking pork chops – either coat them with seasoned bread crumbs and oil and bake them, or cook them in a skillet with onions, tomato soup, and green beans. I don’t think she ever made them any other way.

My father liked the baked ones, except when his teeth were hurting him. Mom made the tomato sauce dish because it made the pork chops very tender and moist, and she would serve them over mashed potatoes. Dad ate it, and he never complained about it that I ever knew when they were married.

Years later, after I was in college and he had re-married, I ended up living with him and my step-mother for about a year. She was not a very good cook, and he’d eaten my Mom’s cooking for 14 years before the divorce. My step-mother didn’t stand a chance in the kitchen.

“She’s the only person I’ve ever met who wasn’t in the Army that could make S.O.S. TASTE like it!” At the time Dad was a photographer with the local newspaper, and he did all the film developing, prepped photographs for inclusion in the newspaper using a PNT camera (Positive Negative Transfer camera) and generally took care of the dark room.  The apartment we were living in was two blocks from work for him, so he could walk home, have dinner, and go back to collect the remainder of the film that needed to be developed.

Sometimes my Dad would call home.

“Who’s cooking tonight? You or her?”

And he would come home, to my version of Chicken Parmesan (done with the breaded cutlets that come four to a pack in the freezer section), spaghetti, and garlic bread that made the Italian next-door neighbor ask my father “Are you sure your family is English?”

“I’ll give her this – your mother knew how to cook and you sure paid attention!”

(This did not endear me to my step-mother.)

And then – the bombshell –

“At least you don’t make that god damn pork chop tomato sauce thing she used to make all the time! Christ, I can’t stand that!”

My 19-year-old-self was shocked! How could you not love it? Tangy and meaty and moist and just the right amount of fat…apparently he just didn’t like it, how it left an orange stain on things, it was too greasy…

When I got married, I made it for my husband. He liked it and then offered his mother’s recipe for a tomato and pepper and onion sauce that she made. It was even better with that, although the green beans didn’t go so well with it.

The pork chop recipe slipped off my radar for a while, because I got divorced and ended up living with my Dad again, this time with my son in tow. My son didn’t like catsup, mustard, or having cheese on a hamburger. He would only eat white American cheese – orange cheese doesn’t exist. My son certainly wasn’t going to eat those pork chops, and I already knew my Dad didn’t like them, and I very rarely cook anything just for me.

When Eric and I got together, and I started cooking for him, and eventually ended up moving in with him, I was going through a book on Mediterranean cooking. Eric loves lamb, and I love it as well, and I found this recipe for braised lamb chops. It used a mostly Italian seasoning blend (fresh oregano, rosemary, basil and lemon thyme) and diced tomatoes. Serving suggestions were to serve with rice and Italian Green Beans. There was, of course, garlic in the recipe as well.

I was stunned! This pork chop recipe from my youth – probably started life as a recipe for lamb chops! I could be wrong, but it amused me to realize I was about to make a gourmet version of the recipe my mom used to make pork chops not be so dry and leathery and still be fully cooked.

We don’t make that dish very often because tomatoes give me heartburn. Every once in a while, when I want comfort food, I just want those tangy moist pork chops, with the sauce and green beans poured over a mound of mashed potatoes. 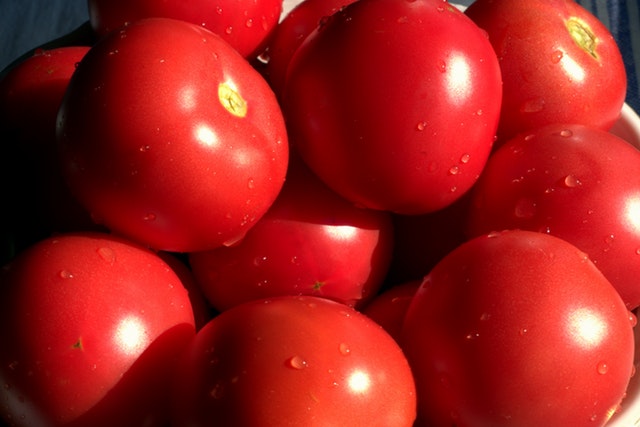